It becomes a daily task...everyday that the World Series of Poker is going on...for every passionate poker player who just can't make it out to Vegas for the premier event...

Wake up everyday...get a cup of Coffee...and check which of your buddies has made money in the WSOP ...hoping to see one of them sporting new wrist wear. Sometimes it's only been hours and their still playing the same session as you only just went to bed at midnight about 7 hours ago. Your hero was in the top 100 in chips...now their down to 2 tables and he is 5th...etc

It can sometimes be depressing...but it is...what it is

I am still trying to figure out a way to get out there this year, but it looks bleaker everyday that passes. It will be a "long weekend" if I make it, and I will probably only be able to play one event. I will leave on Thursday....and come home Monday night/Tuesday morning. Its just tough in a job where there is alot of pressure to out perform as well as having a 7 month old at home. I just cant find the time...the bankroll is fine...I feel i am playing good...I just have to "pull the trigger" and say "lets go"...and do it. I have always been very impulsive in my life and I would thrive on doing things "on the fly"...with a family things have changed ;-)

I have been running well in the cash games this past week as i made it up to the Belle of Baton Rouge for a session...and then slid in to Shorty's on Wednesday.

BoBR- First time I saw Bryan “maravichlsu” Lanoix in the 2-5nl game as I walked in. Chatted about...what else...Shared stories about what were hearing from the WSOP. The cash game was very good that night...and crazy. Its been awhile since I have played at such a crazy table with drunks...calling with anything..."Im all in and I haven't even looked at my cards yet"...etc. Im in the game for $300 and cash out for right under $700.

Shortys-Got in the 5-5 game with all the regulars...Timmy, Phil, Mrs Lorna. I get in the game for $300 and out when the tournament started for $450. I made one terrible play when in a 5 way pot after everyone knuckled the flop...I fired a 3/4 pot sized bet with "8 high air" from the button and Timmy calls on a 2s3h9d-Js board. River is a Q and Timmy checks...I knuckle/muck like a scared rookie...Timmy drags the pot with "higher air"...he missed his flush draw....all I had to do was "Breath on the pot"...and it was mine.

From there I noticed there was a seat open in a limit Omaha-High game with 3-6-12...and I jumped in it for an hour...It was probably one of the easiest poker games I have played in some time. It was a bunch of older people...I was the only one that ever raised PF...you knew right where you were at with a bet after the flop ...and you also knew right where everyone else was. I picked up another $150 ...for a $300 score on the day

What else is happening...Congrats to Gabe Costner...Most of my close poker playing buddies know that I have always thought Gabe as one of the best players in the South...and "One of the Good Guys" in poker. I played for most of the day with Gabe on my left in the 6 handed event several circuit events ago...and we talked almost the whole time...and got to know him better...and Several weeks later I played with Claudia on my left for several hours (See my Feb 20th blog)

Gabe is one of those guys that "you can't keep down"...even with the rumors flying about his downward swing...I always knew he would win something else big and pull himself out of it...and I had a feeling that the poker couple from the Gulf Coast ...would most likely reunite...as playing and talking with them both in those sessions...I kind of sensed there was still feelings that weren't put to rest...Congrats Gabe...now get some wrist wear!!!!

Listen to Paul Wasika on Poker Road Radio recently and I had no idea he was going to tattoo "420" across the top of his forehead. That's right folks...Wasika basically told the world he "Hits the Cheeba". I don't think that there is anything wrong with that at all, and I would debate the "pros and cons" on it being legal with any knucklehead that thinks that its bad...I just didn't put Wasika on owning up to investing in a "Medical Marijuana" company...and standing up to his products quality.

Another "420" note...word is spreading that the massive amounts of "concentration" that goes on in the Rio parking lot during breaks...will come with stiff penalties if busted. The security at The Rio is spreading the word that anyone caught indulging in the "green...leafy substances" on breaks in the parking lot is looking at a LIFE TIME BAN from the WSOP...YIKES!!!!...lets see...stealing someones chips gets you banned ....now on the opposite end of the spectrum...taking a rip of a bong in the parking lot will get you tossed also...for life.

To all the people involved in us getting "screwed out of the house" Julie wanted...Karmas a Bitch!!!

"Choices. Life is nothing more than an extended string of them. Some have little impact, and others can change your life entirely. While we are free to make our own choices, both good and bad, were not free to choose the consequences" Opening line in the movie Karma Police


On a positive note...here are some pics of Ivey 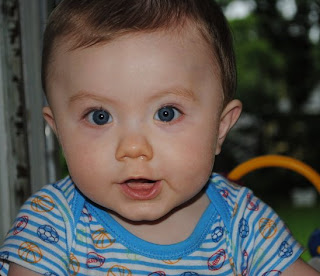 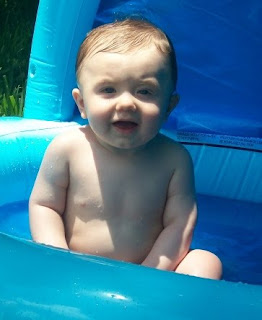