I have been taking it easy lately and haven't played much tournament poker (Because there haven't been any tournaments close to me), but wanted to get a blog up so I will bounce around on this one. Some poker related stuff...some not.

Today is Election Day, and I continue to get hazed by my Dad for not going vote. I was the President of the College Republicans one semester at Nicholls State, and my Dad never lets me live it down. I am just so distraught with how our country is evolving that it makes me depressed to even think about going vote. It’s so funny that there are still people that don’t understand the Electoral College concept and they think they can make a difference...well I am glad that makes them feel good. The way I see it is that Louisiana's EC is going to go Republican...it has for along time and will now, so if people think that their vote really counts I would say there is a website named Google...type in Electoral Colleges...and prepare to feel like your vote doesn't mean a thing.

I have been on the road lately and catching up on the Scotty/Monkey Podcast, and find it pretty entertaining. I have even been listening to it swapping text with Monk sometimes...kind of funny. You see ...you have to understand Monkey and his sense of humor to really get the most out of the show. I want to make a few comments about some of the stuff I have heard. Sorry for those who don't listen to the show, because some of these you won't get unless you actually listen to the program.

Does Monkey love Amanda Mussumeci?
These was one of the shows where they had on Ryan Eriquezzo and they were talking about  his recent “Come Clean” Blog...about his ex-girlfriend Amanda Messumeci...and him getting sober and announcing all this to the world when Scotty bust out with something along the lines of , "Well Ryan ...your not the only one that loves Amanda...we all love Amanda...right Monkey...Monkey don't you love Amanda Mussumecci too?".

At this point a huge smile comes over my face in my truck because I know how hard it is for Monk not to say something outlandishly clever/funny...and there’s a pause...and then he says , "I LIKE HER...don't know about love"...all man I was dying laughing. Talk about being put on the spot    lol

I want to make another comments on this episode as a few episodes later Monkey gives his take on Ryan's "Heartfelt/I Love this girl more than anything and want her back" blog...and I could not agree more. I give him all the praise and chops in the world for getting sober, but that blog had only 1 (one) goal...and that was to try to win Amanda back. I felt it was kinda cheesey, but I also know love is a powerful force and makes people do crazy/stupid things. That Blog was a play to try to make things right, and he wants that girl back...period.

That segways into something that happened at the WSOP National Championship that some might not know about. We are all playing in the tournament when we all hear that Ryan and Amanda had broke up recently and that he had "beat her up". They go to war on twitter...with her posting "mirrored pics" of her mouth all busted up...and they jaw back and forth...and like...I am on one table ...Bill is on another table ...Amanda on table behind me...and Ryan on another table 2 to my right. It was crazy as we all were reading this stuff...and you could glance around and see the actual people...it was nuts. Maybe it all was not happening exactly as we were playing, but that is when I heard about it and got around to reading it all on twitter/facebook. Readers Digest story is she busted her mouth...she claims he physically abused her...he says it was an accident...and somehow the powers that be at the WSOP...made all that stuff disappear before the Final Table 3 days later. Pretty amazing actually that the WSOP could snuff that kind of viral content out.

Another show where I agree with Monk was on the WSOP Europe bracelets/wins. Sorry guys...no way that those European WSOP wins should count as much as the REAL WSOP events. It my book they all have **asterisks** next to those wins. Poker Brat...I like you and I think your a great player possibly the best ever, but that Main Event win can be characterized as …maybe with a WPT event. The WPT $25k Championship has more clout than those WSOP Europe events.

I want to say that I really like Scotty's show and he always gets some cool guest continuously...I am not being critical at all here. If you know both host you just catch yourself sometimes laughing to yourself in certain instances.

And ...that will segway me to another Podcast that I listen to...used to listen to them alot more when Druff and Drexel were on the show...but Donkdowns Micon had on Brandon Cantu after the fiasco in Europe with that Agulair heads up battle. I know I will probably get some flack here, but I am 100% on Cantu's side here. I listen to Cantu explain it, and I think he was wronged. Anyone who has been in tournaments playing for that much money knows that "Game Flow" is crucial. When that flow is upset for unnecessary reason's and they give the other player days to prepare...that’s just unfair. Cantu claims he was crushing Aguilar...that Aguilar was rattled and getting tired/desperate and when the "Game Flow" is upset... that's when tables start to turn. I have seen it happen to too many people...it happened to me in the $1k last year for a ring at the IP...and sometimes its hard to get back in it. If anyone has/knows where there is footage of them playing heads up and Cantu actually crushing him like he claims...please point me in the direction as I would love to watch it.

What else is happening. Looks like its going to be a "Friends and Family" FT up in Canada as with 30 players left...I didn't recognize one single player...

11/8/12 (Days Later)
Ok...its now 2 days after the presidential election and Obama has won...shocker. I was really bummed out until I got to talking to alot of the business community down here in Louisiana that is telling me that the Oilfield is fixing to "Blow Up"...no matter who won...cool.

Julie and I have acquired a new house...to us. We got my Grandma and Grandpa's house in Old Barrios. Great location in the best elementary school district around here. House needs to be renovated and updated, but its built "rock" solid. All real hardwood floors...roof and walls all center-match...2 stories and about 2300 sq ft living...Its going to be fun. We had Ivey's 3rd birthday party there last weekend, and it felt good to see the kids running around upstairs...the house seemed alive again...good stuff.

I want to say a huge "Thank You" to my Dad and all my Aunts and Uncles for working with us on the acquisition. There sometimes comes a point in your life where you look around at the people you admire most and wonder..."How did that person get to be so good and what makes them so special"...Well these 5 people are at the top of my admirably list...and I know how they got to be who they are and it all happened at 111 Sherman St under the banner of my Grandfather and Grandmother. There will be many more years of blood, sweat and tears come out of that house and if my Ivey grows up to be even half the people my parents/aunts/uncles are...I will be joyously happy.

Things at my job are going super...I still pinch myself that God guided me from where I was at to the place I am. I have a great boss, and the local team I work with in Fiber-Optics ..well...its the best I have ever seen...period!!

I did play a 2-5 session at Harrah's recently, and it happen while Monkey was having his fiasco in Hammond. I had 2-3 people come by and say "You hear Monk got 86'ed"? I feel really bad for him as all the people who "Know Him"...know what type of a person he really is...its a shame that he is now being targeted as he is trying to change....sigh.

We just moved Ivey over to a Montessori School here locally...He was evaluated and came in "Above Average" for his age. We are being told from the previous daycare and the Faculty at this new school that he is "advanced"...today he is 2 years old and tomorrow he will be 3...and he was in the 4-5 year old lesson plans today and beat them all to completion. He must take after his Mother...lol     ;-)

He dressed as Spider Man on Halloween...we will use on of the Spidey quotes then...

"Who am I? You sure you want to know? The story of my life is not for the faint of heart. If somebody said it was a happy little tale... if somebody told you I was just your average ordinary guy, not a care in the world... somebody lied" Tobey Maguire as Spiderman in Spiderman 1 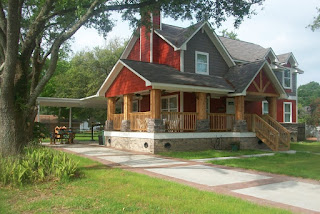 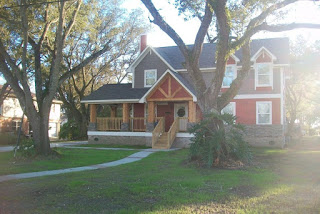