I want to take a second to wish everyone a super Happy Holiday for 2011!!! We are really enjoying the holidays and the time together as a family, and I hope everyone is doing the same. We spent Christmas Eve at my Brother James' house for my Dad's side of the family, and Christmas night for my wife's immediate family as we had her "big" family Christmas the day of the main event in New Orleans for the Bayou Poker Classic. We all descended on Jessie Duplantis' new house over at the foot of Ormand Subdivision in Destrehan as Jessie's wife Cathy is my wife's aunt. My wife's mom and Mrs. Cathy are sisters.

We are coming off the heels of the Bayou Poker Classic in New Orleans, and I think the word has circulated about the tourney series as far as the Positives/Negatives. I had a basically "Break Even" series as I won several SNG's and beat the cash games consistently...Satellited into $1600 Main Event for a total of $580.00...but had no significant cashes to show for my efforts. I was pretty disappointed about that, and I was disappointed in my play in several Tournaments.

One hand...I got it all in with 7 bigs left with bullets in one of the $340 1pm tourneys right before dinner break in a 3 way pot that would have thrown me to well over 30 bigs...and very comfortable coming back from break. It all gets in 3 ways Pre with me holding AA...one villain that is final caller for over half his stack with A-Qo (Great Play Buddy)...and the other guys that barely had me covered was sitting on two red eights (8h8d)...and I put my head down and my hoodie up and tell the guy next to me, "I got a bad feeling on this one"...I am not looking and hear the flop hit the board...dealer taps the table and delivers the turn...table still quite and I have that one guys that says, "Hey man your looking good ...you can watch" when I hear the river card hit the board and I hear a resounding, "Ohhhhh/Ugggggghhhhhhhh/Oucccchhhhhh" ...etc...all you pokers players know this sound. Its the table basically exhaling after a huge suck-out and all I could say is, "That can't be good for me"...I quietly pack up my stuff as I get one last glance out the corner of my eye to the wrath of the 8c sitting on the river...siiigghhhhhhhhhhh.

This brings me to another hand I want to chat about, and for those of you that I have told this one verbally too...I apologize for the regurgitation. All the local folks down here on the coast know that there was a player going "neck and neck" with me for the WSOP IP Circuit "Grand Champion" and his name is Ricky Romero...I have spoke of Ricky in my blog before and on the site. Well, Ricky gave it a hell of run and wound up finishing 6th in the final event where if he wound have won...he would have surpassed me in the runnings.I showed up at the IP on the final day to see everyone, as well as sweat Wild Bill and Nocko in the Main Event. There were some folks there that may have thought I was there to pull "Against" Ricky but that is not the case...I wished him luck, and would have taken it on the chin if he won as he most certainly would have deserved it.

So I show up at Shorty's a few weeks later on Wed (The big day there) to play cash. I called and was told the cash game had jumped off at 10am so I got there about noon. Once I got there, I learned that the game was 5-10nl and that they didn't have enough dealers to start a second table of 1-3nl or 5-5nl, so I sat for quite some time before I could get into the 5-10nl game. I punted a quick hundo in the 3-6-12 Omaha High game that runs on Wednesdays (I will try to comment on that later...lol)So I finally get in the 5-10 game and Ricky had got in the game about 30 minutes before me. I buy in for around $400, but when I got to the table...They had given me 1(one) $5/red chip too much so I mossy on back to the counter to return it...then a discussion breaks out with the cage crew after they profusely thank me...over and over...and I explain that the game we play I feel somehow revolves around "Karma" and I did not want to start the session in a bad light.

3 or 4 hands into session I am in Hi-Jack when Ricky raises to $35 in EP...call...call...call...wow I l ookown at my hand and see two 9's (9-9)...I think Ooooookkkkkkk...I am coming in myself...call from button...then BB calls...Yikes we have close to $200 in pot pre...the board comes 9-7-5 with 2 clubs...BB leads out for $65 (i am thinking really...had to be 10s or J's)...Ricky smooths...I tank-raise to $285 letting everyone know I am not folding this hand and to go away...so BB now goes in the tank and folds dramatically saying to the table, "Its got be a set of nines"...Duuhhhhh. Ricky tanks and his hand now becomes polarized to either AA or KK...I sit stewing trying to decide whether I wanted a call or not??? Seriously...I was thinking to myself "just fold Ricky" ...I know that is as "Resulys Oriented" as it gets but hey...It crossed my mind...and then he eventually says, "Im all in"...I snap...(que up the Gomer Pyle voice here) SURPRISE...SURPRISE...SURPRISE!!!...he tables A-A...turn ball...another Ace...Siigghhhhhhhhhhhhhhh.

I was pretty happy with Satelliting into the Main Event at Harrahs, and I think there was much surprise to see how many players showed up. I had the line at 80 but Carwash wanted to take 100 and the under...and he said to "Bet High"...it seemed like a lock at the time.

I wound up at a pretty sick table where I had Monk and BJ McBrayer on my direct right...then had "B" Vu in the ten seat on my left. I went out in a hand I was not proud of and felt I could have gotten the rest of my chips in the middle in alot better spot.

With right at 9 bigs...I limp from the SB with a 2 gapper with diamonds (9-6d) when a few other players had limped before me...B knuckles in the BB and the flop comes Jack high with 2 diamonds. Check to me and I shove...with chips B calls and tables Q-Ko...two overs-open ended which would have it right at a flip had he not had the open ended and my 9 covered. The board was J-10-rag so the three 9's he had covered... I brick the diamonds and pack up like a Donk.

I am looking forward to 2012 to see what the new year will bring. I am happy for Monk and Squirrel on the new package on the way, and congrats to Jenn Parrish and Zack Evans on the new one.

What else is going on?...lets see

My latest book...I just finished Forrest Griffins 1st book Got Fight?: The 50 Zen Principles of Hand-to-Face Combat. This book is an easy read and full of bullshit Humor. I laughed my butt off a few times. This guy is an absolute psycho and any MMA/Dude Bro's will like it also. Its about Forrest's idea on how "to be a man"...and gives all sorts of advice on this...good read people.

I want to give a shout out to a few folks/good guys and gals here that I had the pleasure of getting to know recently...Cameron Ainsworth and Andy Moon ...good guys and up and comers so look for these guys in 2012 to make an impact (Cam we should have waited that guy out in that SNG...lol)...as well as Brett Alello. All from the Baton Rouge area. Renee Skinner and Todd Skinner. Renee played super well all series and was the "Official" bubble girl but did get the "Bubble Payoff" as every player shipped in a hundo cash for the bubble player...Congrats Renee!!...I have also had the pleasure of getting to know Prissy and Jerry Giroir from Lafayette.

What else is happening...I went do a cash session yesterday at Shorty's and left a loser as the game broke and all the money left when the tourney started...frustrating...There is this old guy that is always there name A.C. that has a lot of money...plays decent...but when he starts drinkin goes on the sicko heaters...well he did the same yesterday. Guy was hitting everything once the Budlight's started to flow about 2pm.

I left a loser on the day basically because of one (1) hand...7 limper's to me in BB and I tap with K-6o...flop is 6-6-J with 2 spades. Now I know one of these knuckleheads has spades so I decide to check-call...checks to the button who bets out...I call and everyone else folds...check-call 4h...check call 9c...Button turns over A-6o...siiiggghhhhhhhhh...talk about 2nd best.

We are getting the final Houma/New Orleans table together for the Dead Money WSOP Main Event satty in the next few weeks. We will be having it at a Buddy's place in Metaire...Really Cool/Good guy owns it we all know (Barth M)...and if you win the table and win the Final Table on Saturday night on MLK weekend in Downtown New Orleans...you go to the "Show"...the 2012 WSOP Main Event...contact me/Wild Bill if your interested.

"The cards take care of Drunks and Fools...and I happen to qualify in both categories" Local Poker player from Shorty's named "A.C". ...when Manny was riding him about being on a heater while drinkin

Below is another pic of my "lil Man"...I know...I know guys...the UB hat should be in the garbage but it happens to be one of the only hats he likes to wear...that style...painters cap...etc


This is the "Poker Face" he gives his Mom when she ask him if he did anything wrong...lol 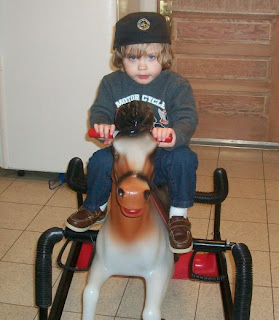 One more with him Smiling...looks like his Grandpa Dudek (Pepa) 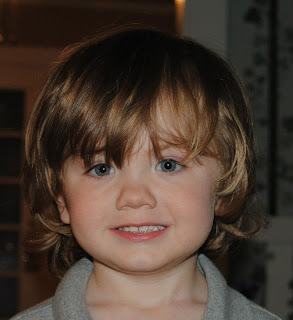