Hi to all who are left reading this blog. I had made it a New Years “resolution” to start blogging more often and start to focus more on my Poker game…but that was in January when I started this particular blog post…4 months later…I am completing it…LOL

I had a great year in 2014 and we are pretty much finished building our new house. We are in the final stages of flipping the construction loan to traditional financing, but we had no idea how much added cost come with building a house…Landscaping hits us for $4k… “window treatments” was $4k (I like the way the sales girl worded that…making it seem like my windows were getting a spa day)…now we need a shed…more flower beds…gutters in certain spots…etc. It seems like a never ending cycle of “$500 here…$1000 there”…sigh.

But we are super happy and we love the new house and the added space. It makes me feel good to know we have a standalone  playroom just for my son and his friends…and we love the trees. My grandfather planted the 5 (five) Oak Tress that grace out property and we chose the house design to compliment the lot as well and fact that the Government forced us to build off the ground. I am being told by numerous contractors though that …”That’s a good thing Gene”….I guess so…we love our house. (Pics below)

Poker wise I have cashed in a few event s since I last blogged. I will highlight them in this blog but keep in mind that they were months ago so my comments will be based off what I remember of the situations…etc. Back in July/August of 2014 I played the Coushatta event and went deep in the preliminary event. I made it down to 2 tables left with about 16-17 players…only person I knew to be a good player left was Dave “Diesel” Nicholson…I was working my 25-30 bigs looking for a good spot. I get it in against a short stack my A-K vs his A-Q…he hits a Queen…I am now down to 12-13 bigs. Very next hand…I look down at QQ…the UTG player on my right with about 30 bigs raised 4-5x the BB….I rip…big stack Asian Kid OTB goes deep in the tank…He’s posturing…I think to myself, “Oh great…hes got KKs or AAs and he is trying to get the UTG guy to stick his all in as well”…He finnnallly rips as well…UTG players says…”I don’t think I can fold these” and calls and shows KK…Asian kid AA…I picked up a little over $2k.

What else…I made the final table in the WSOP circuit event in Biloxi at the IP. I wound up coming in 4th for over $3400…I has happy with the way I played but felt I could have played better. I could tell I need some more time at the tables to kick some rust off. It was also one of the toughest Final Tables I have played in some time. Austin Buchanan got 3rd place and I was really impressed with Mark Fink’s game. He wound up getting 1st and I think a 3rd also…in fact…I think he wound up the Casino Champion in that event. You can look for this guy to do some damage in poker in the future.

I went to the Coushatta Spring Poker Championship but could not play as I had to play Golf with some Clients on the day of Main Event. Got unlucky in the cash games. I am really starting to like these events at Coushatta…Easiest Tourney with the best Value in juice…if you can stand the Indians/Staff running the tournament. I like them…I think they do a great job…I just wish they would let Bill and I know when there having their events so we can post them up on GCP.

I went check out the WPT event at the IP…I didn’t play because I didn’t like the turnout…then a week later I played the 6 max at the Beau. I had a great time and felt I played the best I could with the cards I got. I didn’t cash but made it to the final 3 tables… I got to sit next to the eventual winner for the early part of the tourney…Gabe Costner. It was great to catch up with Gabe and see how happy he is with his new son…hes gonna be a great Dad…Congrats on the score Gabe!!!

A really cool thing happened recently on GCP…not sure if we posted something up about it or not on the main site. We were able to grab the .com of gulfcoastpoker. So if anyone types in gulfcoastpoker.com…it will bring them to the “Branded .Net Site” (Thanks Michael!!)

That’s about it for now…

"I'd consider myself a realist, alright? But in philosophical terms I'm what's called a pessimist... I think human consciousness is a tragic misstep in evolution. We became too self-aware. Nature created an aspect of nature separate from itself - we are creatures that should not exist by natural law... We are things that labor under the illusion of having a self, that accretion of sensory experience and feelings, programmed with total assurance that we are each somebody, when in fact everbody's nobody... I think the honorable thing for our species to do is to deny our programming. Stop reproducing, walk hand in hand into extinction - one last midnight, brothers and sisters opting out of a raw deal" Matt McConaughey as Russ Cohle on HBO's "True Detective" 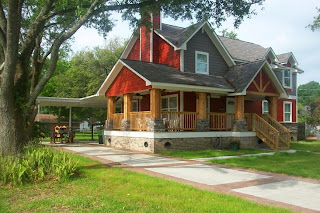 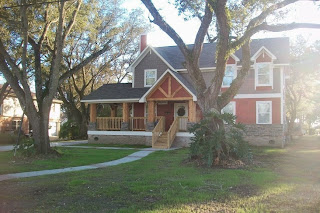